Is Myspace Back in the Game? 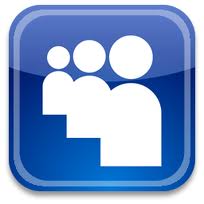 Myspace, the long beleaguered social network, started nearly 10 years ago and was the go to site in the beginning days of the social world. A hub for bands and fans, along with the 20 year olds, they led the way in the space, but in 2008 the ominous Facebook stepped in and Myspace was left in the dust.

Monday, details of the new site were unveiled in a tweet by Justin Timberlake in a promotional video that previewed a drastically different, horizontally oriented user interface and a continued emphasis on music. The design is stunning, fluid, rich in content and extremely interactive. With one of the site’s leading backers, Justin Timberlake, this may just be the redesign to have everyone signing back up and creating their profiles. The new website will launch here, where you can give your email for an invite when they launch.

15 months ago MySpace was sold for $35 million to the ad network, Specific Media. All has been quiet on the Myspace front, with the exception of a possible partnership with Panasonic. With the launch of the sexy teaser video, what we can get is that:

The biggest question is can the brand revive itself? They were a strong dominant player in the music/band world in the beginning. If they can capitalize on that aspect and keep strong roots and connections to the music world, while joining forces with the likes of Spotify, Rdio or Rhapsody, we may just see an old friend back in the social network game.

What do you think? Are you ready to give MySpace another try? Please leave your comments below and share your insights.

Leave a comment to let us know what your thoughts are on this topic. Your email address will not be published

Join over 5,000 Marketing Minute subscribers who receive weekly videos and tips on how to