Haven Coaching is a Seattle based business coaching company for high achievers who want to love their work and lives. Through proven scientific assessments, 1-on-1 coaching, and a goal-based approach, they help executives find purpose, meaning and joy in their work and lives.
Mariel used to work primarily as a life coach but found herself quickly expanding into speaking, and executive coaching, with new online classes and a lot to offer. Her old logo just didn’t fit the image she needed to reach her target client, so first, we tackled her branding: 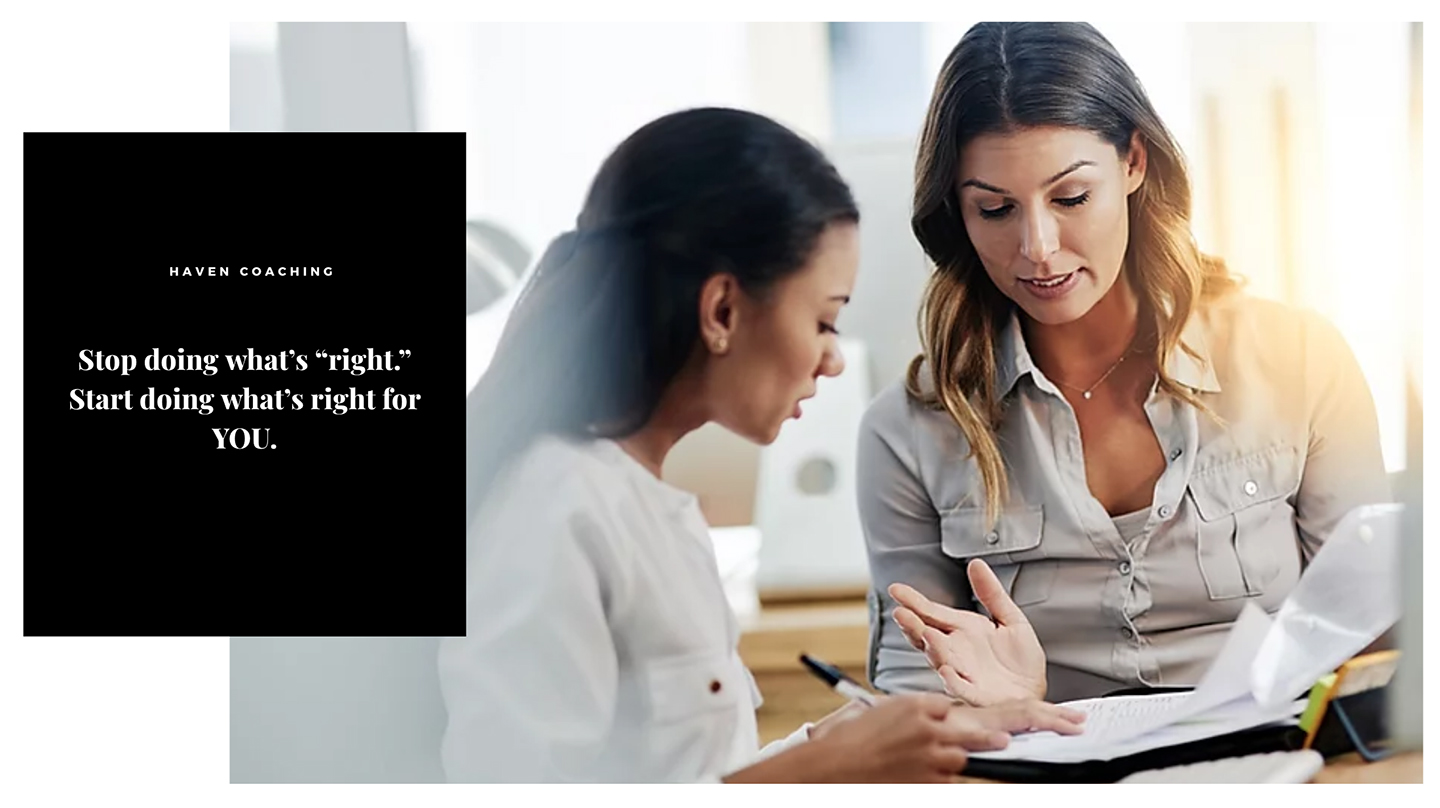 Mariel is a former executive who led 50+ person teams and managed $1 billion+ portfolios. As a high achiever, Mariel prided herself in making market-changing decisions daily and collecting achievements, including two Ivy League degrees from Harvard and The Wharton School. They were all the “right” milestones externally, and they also fulfilled Mariel internally for many years, until one day… she began to dream about something different.
Mariel’s soul has always had a calling– to serve others through coaching and development. This shone through in every one of her roles, as much as those roles would allow. But after many years at Amazon, Mariel realized that the path she was on was diverging from what truly fulfilled her— coaching and development. Her career was checking all the “right” boxes but was no longer fulfilling internally. She was stressed, unmotivated, and coming up daily against a wall that kept her from truly loving her work. In a moment of clarity and after a long process of self-discovery, Mariel decided to make the leap to leave Amazon and pursue her soul’s calling full time. Today, Mariel coaches other high-achieving executives to discover their own purpose and find joy in their work and life.
This is the story that her website needed to convey to her audience, in an easy to navigate, powerful, clean way. 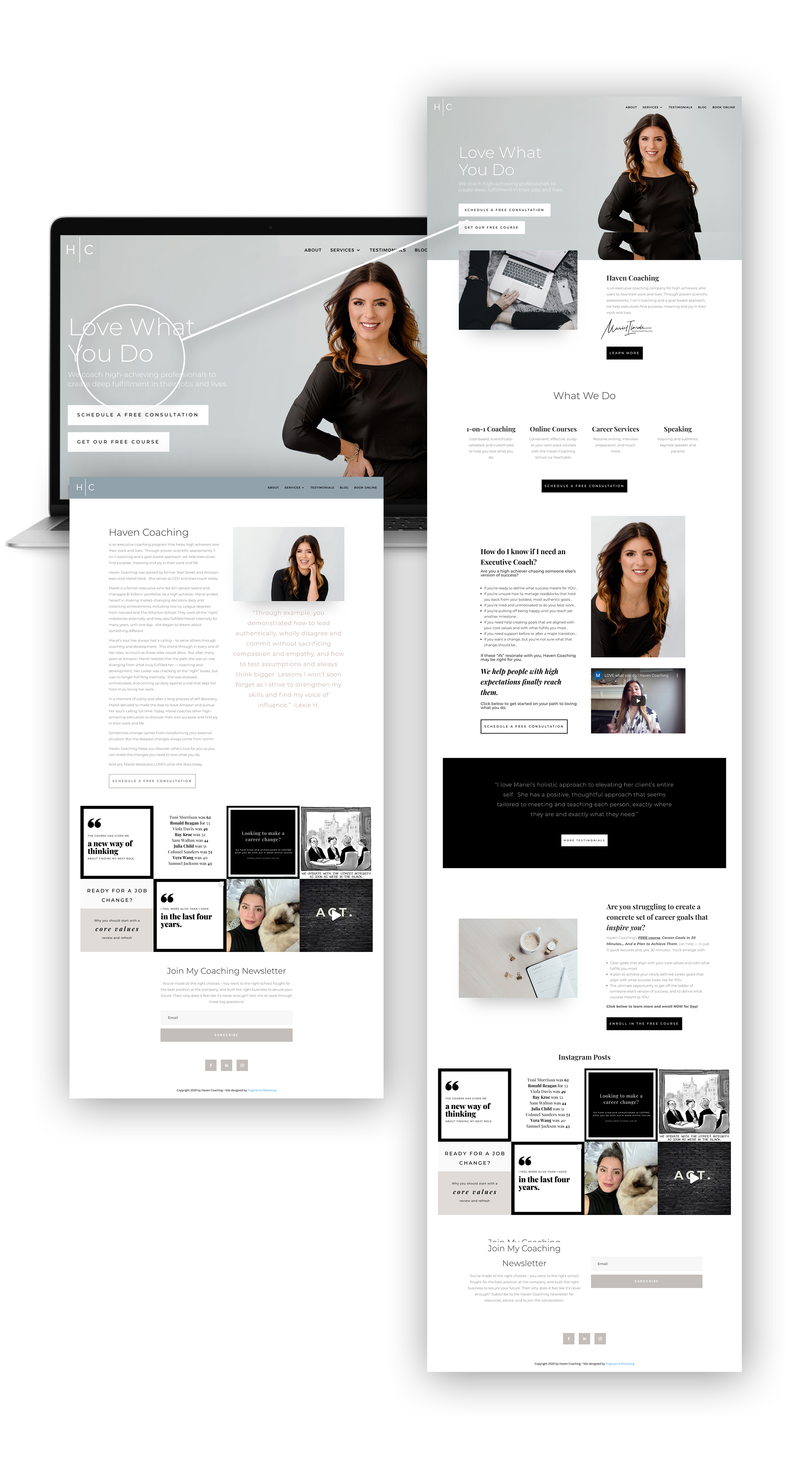 Mariel’s previous site was built on Squarespace, and while the website was holding up okay, it’s limited features began to impact what Mariel could do on her website. She needed a new system that would give her the freedom to build her business, and expand with her as she grew. We provided her with a modern website that should self-manage, as well as continued support on anything she might need in the future. 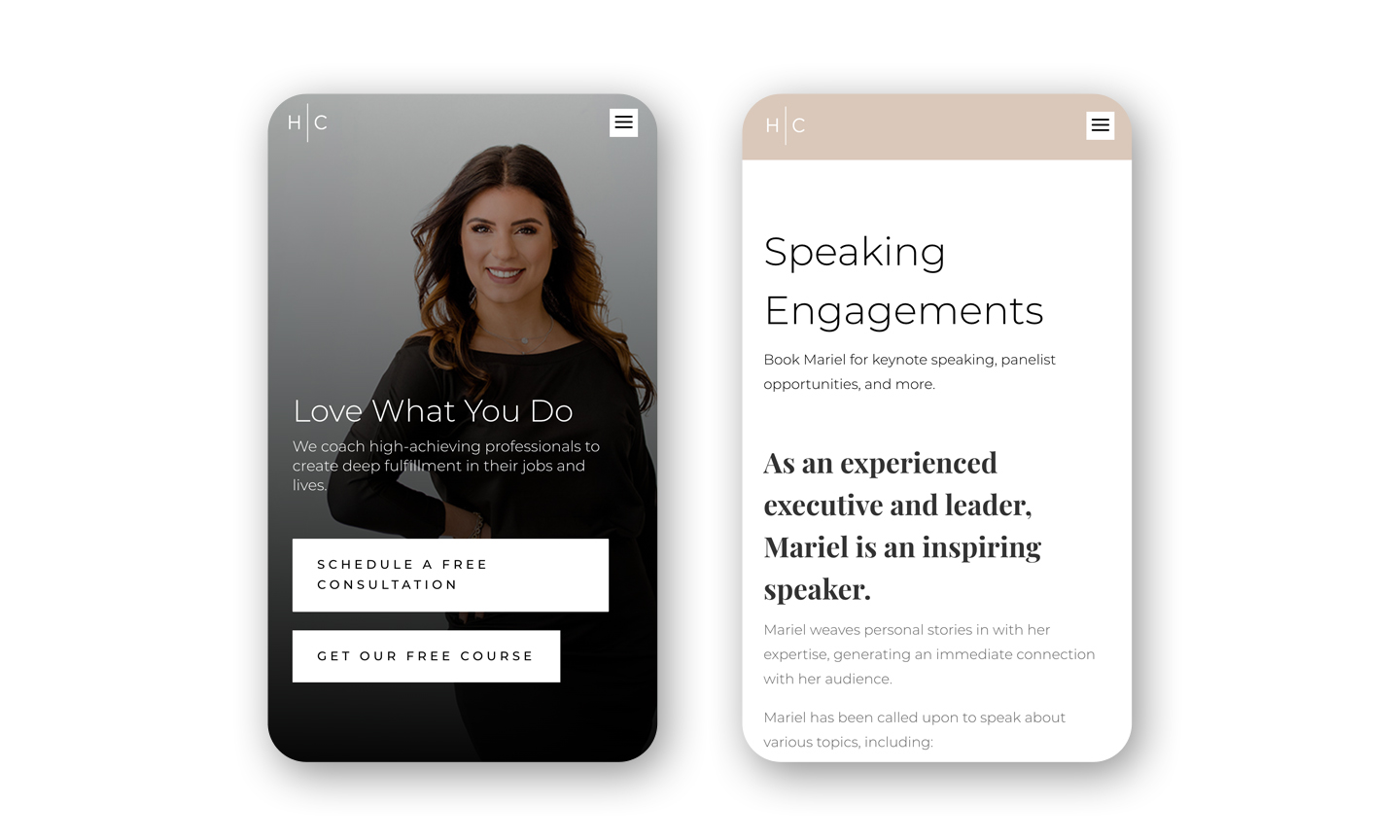 What made Haven Coaching love their new brand?

Having a team that listened to, and anticipated their needs. We empowered her to make great design choices but allowed her to have a creative say in what the website would end up looking like. As we guided her through the web creation process, we were flexible and responsive, creating a powerful new brand that will expand with her company.
Working with Haven Coaching was a rewarding process that we’ve been thrilled to be a part of. We are now working with Mariel on content marketing and website maintenance which means security, updates, backups, support, hosting, search engine optimization, and peace of mind.

There's more where that came from. Back To Portfolio