The Golden Ratio and Logo Design 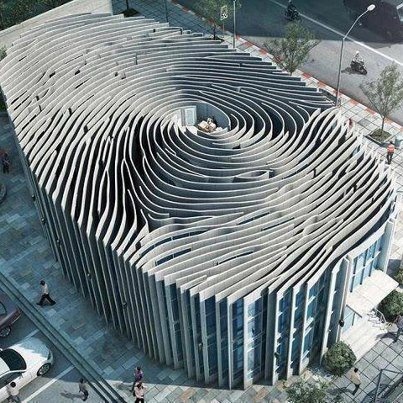 Beauty is found in the eye of the beholder. We find the grace and pleasure in surroundings around us, be it nature, people, places, architecture and yes, design. There has been a theory why we find our surroundings so pleasing when it comes to design the Golden Ratio comes into play.

In 1860 German physicist and psychologist Gustav Theodor Fechner proposed that a simple ratio, an irrational number defines the balance in nature. The Golden Ratio! Fechner’s experiment was simplified: ten rectangles varying in their length-to-width ratios were placed in front of a subject, who was asked to select the most pleasing one. The results showed that the most favored choice was the “Golden Rectangle” (with ratio 1.618).

According to Wikipedia: The golden ratio is an irrational mathematical constant, approximately 1.61803398874989. Studies by psychologists have been devised to test the idea that the golden ratio plays a role in human perception of beauty. Some of the greatest mathematical minds of all ages, from Pythagoras and Euclid in ancient Greece, through the medieval Italian mathematician Leonardo of Pisa and the Renaissance astronomer Johannes Kepler, to present-day scientific figures such as Oxford physicist Roger Penrose, have spent endless hours over this simple ratio and its properties.

The Golden Ratio has found its way into logo design, either the designers had this in mind or their design expertise led them to subconsciously create a stunning logo. Artists have been using it for centuries, including Leonardo da Vinci and Salvador Dali. Take a look at a few of the logo examples.

With all its simplicity and spot on mark, Rob Janoff, created the iconic Apple logo. Was this coincidence? According to Janoff, he did not have this in mind at the time of design. Yet the logo is perfectly balanced and the outlines that map the logo are circles with diameters proportionate to the mathematical Fibonacci series.

The simplicity with the arrow between the 2 words is a lovely play on the icon and letters and is pleasing to us. Again, whether Lindon Leader, the man behind this great logo, knew he was doing this or not, the mathematical proportions of the Golden Ratio are seen again. Width is 755 and height is 289, being a ratio of 1.61 to .061.

In 1971, Carolyn Davidson, who was at the time a design student at Portland University created one of the most famous logos, the Nike Swoosh. With the elegant swoosh fitting perfectly to the Golden Ratio and using the Fibonacci spiral tucked inside the rectangle, we find beauty and simplicity. Not only does the swoosh bring movement and flow to the logo, it also brings the grace we find so pleasing.

Apple’s designers do it again, with the amazing design of circles comprising the clouds and utilizing the Golden Ratio triangle, they created a flowing icon which has led to many articles being written on the use of the Golden Ratio in their design process.

Has Twitter joined the ranks of the Golden Ratio principal? It appears so. The new Twitter bird is actually a collage of circles creating the flowing design.

The beauty, grace and elegance are found all around us. When designing logos for our clients, we always keep these aesthetics in mind. Let us know if we, at Fingerprint, can help with your brand identity and join the ranks of the timeless logos.

One response to The Golden Ratio and Logo Design

Leave a comment to let us know what your thoughts are on this topic. Your email address will not be published

Join over 5,000 Marketing Minute subscribers who receive weekly videos and tips on how to